Language is one of the greatest abilities the human race has ever developed. Yet language is vastly complicated, consisting of complex interacting processes like acoustic recognition of speech, visual word recognition, and production of fluent and meaningful speech. How does the human brain perform such complicated processes, and how do such complex processes shape brain function and organization? How do life experiences such as bilingualism, or developmental disorders such as autism, affect how language is processed by the brain? And can we use our understanding of language in the brain to design clinical interventions that specifically target the underlying neurobiology? These questions form the backbone of my research.

I have been a lover of language(s) and an avid reader since I was a child. In what was once a separate vein, I have also always been fascinated by the human brain, even before majoring in Psychology as an undergraduate. When I realized that I could make a career out of studying the two in tandem -- language in the brain -- I was sold.

I was first exposed to this line of research as an undergraduate at the University of Vermont, where for my senior honors thesis I ran an fMRI study investigating how executive control of language in a Stroop task differed among the two scripts of Japanese, kanji and kana. I pursued this interest in language and executive control during my graduate degree at the University of Nottingham, where my research focused on two main themes. 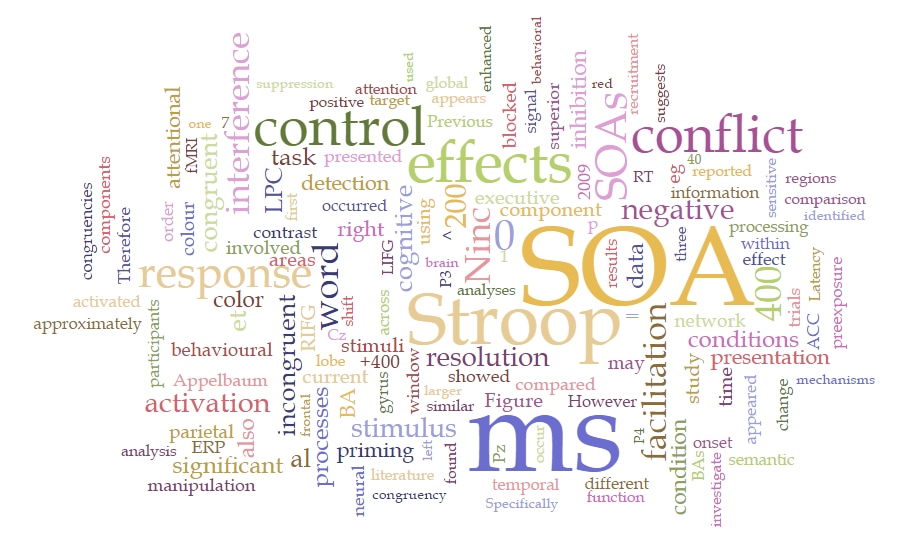 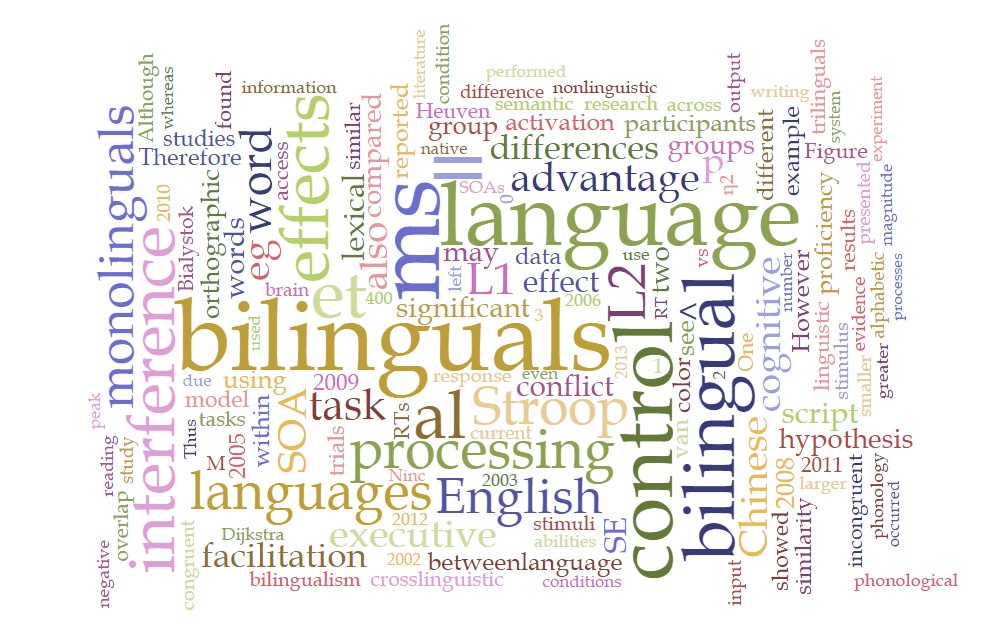 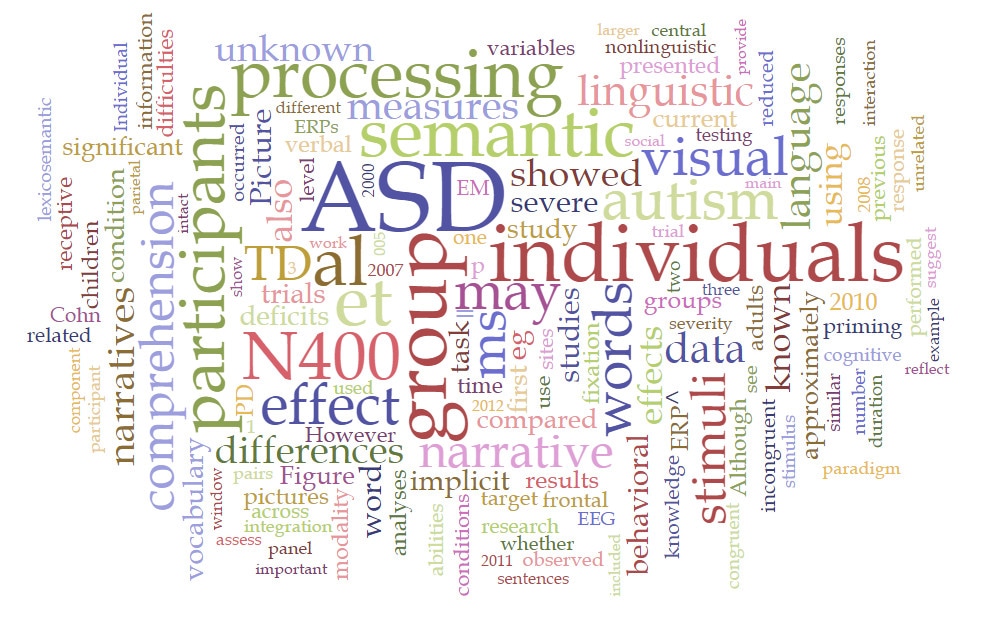 Word cloud of my publications in autism
For my postdoc in the Division of Cognitive Neurology/Neuropsychology at Johns Hopkins University, I shifted from studying superior language abilities in bilingualism to language deficits in individuals with autism. In this lab I explored the use of EEG as an implicit measure of receptive vocabulary knowledge, which is of particular importance for individuals with severe autism who often have little-to-no functional speech.  I also developed a line of independent work using EEG to identify why semantic processing difficulties are often localized to linguistic stimuli but are spared in non-linguistic stimuli like pictures or auditory sounds for people with autism. Through a fellowship with the Science of Learning Institute at Johns Hopkins, I also developed a line of translational research with applications to literacy and language interventions in autism. In collaboration with colleagues in the School of Education at Johns Hopkins, I paired an empirically-based literacy intervention with non-invasive brain stimulation to improve reading comprehension in individuals with autism.
​
In 2017 I joined faculty as an Assistant Professor in the Department of Communication Sciences and Disorders at the University of Vermont, where I am continuing my research investigating semantic processing, language, and narrative comprehension in individuals with autism using EEG and fMRI. I currently have two main lines of research, both exploring the nature of semantic processing in individuals on the autism spectrum and how this processing differs across linguistic and non-linguistic modalities.

In one line of research, I am exploring semantic processing and integration of simple stimuli like pairs of words and pictures. Using a semantic priming paradigm in which participants view either related or unrelated pairs of pictures or words, we have shown that individuals with ASD show similar processing as typically developing individuals for picture stimuli, but subtle differences in processing strategies for language stimuli. In recent work using EEG coherence analysis to explore the underlying neural connectivity of semantic processing, we have found evidence for extremely early (i.e., between 100-300 ms) differences in neural communication, particularly in left fronto-parietal connections, that is limited to the language domain. We are currently planning a follow-up study to explore this finding using fMRI.

In a second line of research, I am exploring how narrative comprehension, or understanding stories, differs between linguistic and non-linguistic modalities in individuals with ASD. Much of this work is done in collaboration with my colleague Neil Cohn at Tilburg University, who studies cognitive processing of visual sequences. In this work we have shown that individuals with ASD often experience difficulties with understanding narratives regardless of whether they are told through language or through pictures. This contradicts a widespread belief in the field that, being "visual thinkers", pictures are easier for individuals with ASD to understand than language: a belief I have termed the Visual Ease Assumption. In a series of experiments, we are testing this Visual Ease Assumption by exploring the different cognitive processes involved in narrative comprehension and contrasting them between modalities in individuals with and without ASD.

For a complete list of my publications, please visit the Publications page.